Sunday, lazy Sunday. Spent lunch time watching this documentary on Netflix about Bhagwan Osho Rajneesh. I saw it pop up in the suggestions and immediately thought of the hilarious dinner time conversations at Bhor, with SPD recommending trips to the ashram in Pune, especially the sessions behind the white flowy curtains.

Turns out they were real sex therapy sessions, where Rajneesh proposed his sanyasins (he preferred the common female gender to all his followers) let their bodies free in order to free their souls. The documentary had revelations from the long-time bodyguard and the long-time secretary for the human-god, and was insightful on the movement in the 70s and 80s, what is often referred to as the pop culture.

I’ve never had any real respect for self-proclaimed gods, and this gentleman was no different. He was guilty of everything, from sex with minors, to sex with too many partners, to visa fraud, voter fraud, and indulging in narcotics. When his secretary and bodyguard left him, he even accused them with the intent of maligning their almost non-existent reputation.

The documentary was well shot, including many real video snippets from the ashram archives. Hippy followers, smoking weed, walking around with beads and rudrakshas were abundant, and it was almost hilarious watching them react in unconscious submission as ‘the bhagwan’  touched them at their various chakras as a part of his therapy sessions.

Belief, especially blind belief, makes us do weird things. The ex-bodyguard speaks of how he lost almost 30 years of his life, and most of his family and friends, in following the guru around India and the USA. A question he often asks himself is when did it stop being about spirituality and start getting weird. And he says, he realized too late that it had always been weird. He had just not seen it soon enough.

The secretary, who left her guru after his demands became unmanageable, speaks fondly of her first meeting with the Saint. A young girl of 20, her father took her along to meet him, and it was love at first sight. She saw the Saint and knew that he was her lover.

“Can you keep the volume down, please? Human demi-gods come and go. But a Sunday for napping comes only once a week.” Scotch 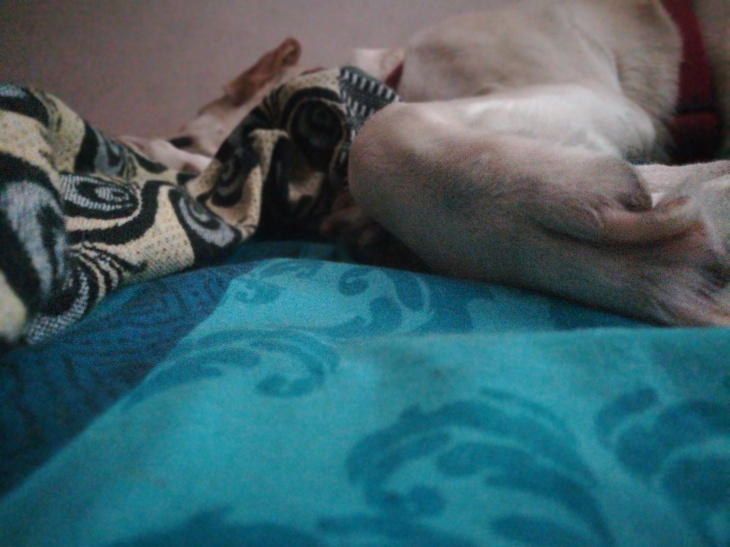 After all the madness that was Radio Namaste and Basha Utsav, I was looking forward to the day off.

Aside from the cleaning up and the preparing for the week ahead, I spent an hour or two with GardenMan and his senior, to submit our proposal to IIMB. The case study that needed solutioning was about rural electrification especially in remote areas of the country. We sent out proposals in a little later than expected and off we went our ways.

“I got my much needed sleep today. Now only for that mid afternoon snack and a little bit of early lunch too.” Scotch

I did nothing today, apart from reminisce about the last few days and get some much-needed R&R. The weather was beautiful throughout and Scotch and I had a nice, long walk in the evening.

“Yes, fun! And now we are ready for a mad and manic Monday.” Scotch 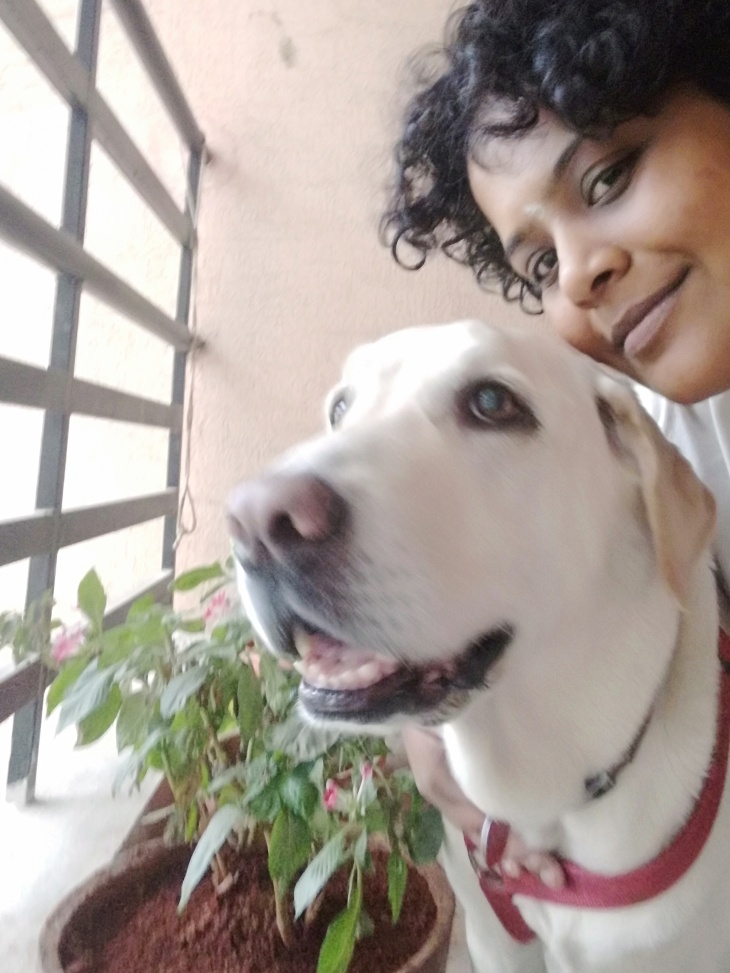 Every Saturday, I tell myself to be productive for the entire Sunday, and not just the last 3 hours. Yet another weekend has come by where I’ve broken that resolve. I’m glad that I taught Scotch to do her businesses in the bathroom. So, she woke up twice to pee and poop, I woke up once to have lunch.

Aside from those disturbances, we did not call it a Sunday, until 3pm eventually rolled in and the Monday blues set in.

“If you and I had our way, we’d never leave the bed now, would we?

I’m still deciding where to spend the next hour – sleeping in your bed or mine.” Scotch