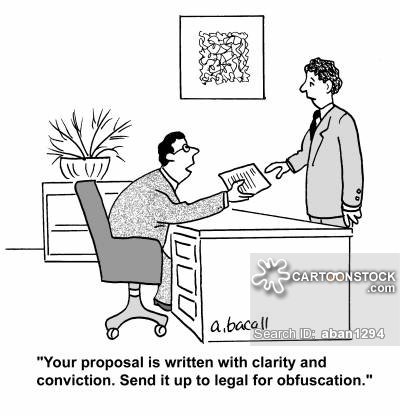 Gardenman, his senior and I were off to IIM early up, to present our final proposal for the case study on rural electrification in Arunachal Pradesh. First timer at IIMB; so, I had the newbie looks, and Gardenman was anyway impressed with the greenery on campus. So, we ambled to registration, taking detours through their beautiful gardens, the open air theatre, the tall stonewalled corridors.

Registrations done, and we were the environment-saving rebels that returned our welcome packet – a notepad and a gel pen from Classmate, casually inserted into a paper-cloth envelope, all things that we’d never use again. It was funny and inspiring to listen to Senior talk of how she had never looked at these everyday products from such a long-term perspective. If I had made an influence by making one person think of their impact to the Earth, it was all worth it.

The event itself was in one of the classrooms, and Mr. Dinesh Arora, the impressive IAS officer that led the Rural Electrification Commission, was a break from the stereotypes that go with Government agencies and officials. He was crisply dressed in his suit, brought two of his associates along, and walked the aisles between the seats as he listened to our presentation.

The competition was all from IIM Delhi, ISB and IIM Bangalore itself. There were two other teams from Christ U as well. So, we were placed in a very weird position. As we waited for our turn to present, we snapped views of charts and graphs with the other teams, and knew that the various teams had approached it from a different angle entirely. The pressure was ON during the presentation, because we were the last team, and so Mr. Dinesh invited all other teams in to listen in and flow into the conclusion section.

Turns out, the solution to the entire case study lay in the politics of the state. Su-kam, the one that we started off with high respect, and dropped through our analysis of the case because of all the text presented, were the pawns in the whole proceedings after all. As was the one Commissioner who kept popping up as the deviant that kept questioning the tendering process.

It was definitely a huge learning experience; made me realize that nothing is evident from the face of it, and those that might come off as the enemy or the traitor might be the victims when looked close enough. The whole process also made me realize the long, corrupt hands of politics into public service and the persistence that one needs to get through to the expected results.

While we didn’t win the 15000 cash prize for winners, we did receive compliments about our presentation itself, and our proposal delivery from the judges as well as other participants. So, with a little content knowledge and expertise, we should be well-equipped for such discussions in the future.

We were all lost in our own thoughts at the end of the event; I was lost wondering if I really missed this life of business proposals and budgeting that I had left behind. I wondered all the more, if the career that I had picked for myself mid-life was overflowing with the same as well.

We went to Yellow Submarine to hear each others’ thoughts out, and the winners from ISB came along. So, a big after party it was. It was a fun conversation, ranging from climate change, to Antartica’s open waters, to life in the metros. One thing that became evident was that the prized MBA that they were all pursuing was taking them to a similar end as each one of us were at – an insecurity about the future and what lay ahead.

As the 2+1 beers flowed in, they shared their fear of building student loans, and how the MBA, especially at institutes as fancy as the ISBs or the IIMs, was just a glorified placement agency. It was something that Mr. Dinesh Arora recommended for students interested in contributing to public policy as well – get a well-paying job, earn enough to sustain yourself and then come on over!

Life is so hectic at ISB that we barely get to socialize, or research on topics that we care about. And by mid-term, we are already preparing our resumes for placements. Before we know it, we are making career judgments purely based on which company can pay us enough to buy more beer and rid us of the student loans.

We came back from the after party, with plans of an after-after-party at my house (not the ISB folks), and found the Red Beast missing. So, earlier in the day, the security at IIMB didn’t let us park on campus, because all their parking spots were full for the event. He assured us that the spot he recommended to us wouldn’t be a problem, and it wouldn’t get towed. It got towed.

We took an auto to the police station, argued a little with the towing fellows, and gave up a full grand to unclamp the car.

That was enough time for our after-after-party to sound like an extremely stupid decision and that plan dropped. I was actually very surprised by how easy the whole process of retrieving my car from the traffic police was. I was anticipating a lot of haggling and arguing, and money-snatching. I hid away a lot of the money that I had in my wallet, just in case it would come to that. But, nope! They took in my details, uploaded a picture of me parked in front of a wall with the “No Parking” dubiously painted, printed out a challan, and off I was on my way.

“You seem to have had a busy busy start to the weekend. Meanwhile, in another part of the world, we’ve been relaxing and living our lives.” ~Goose 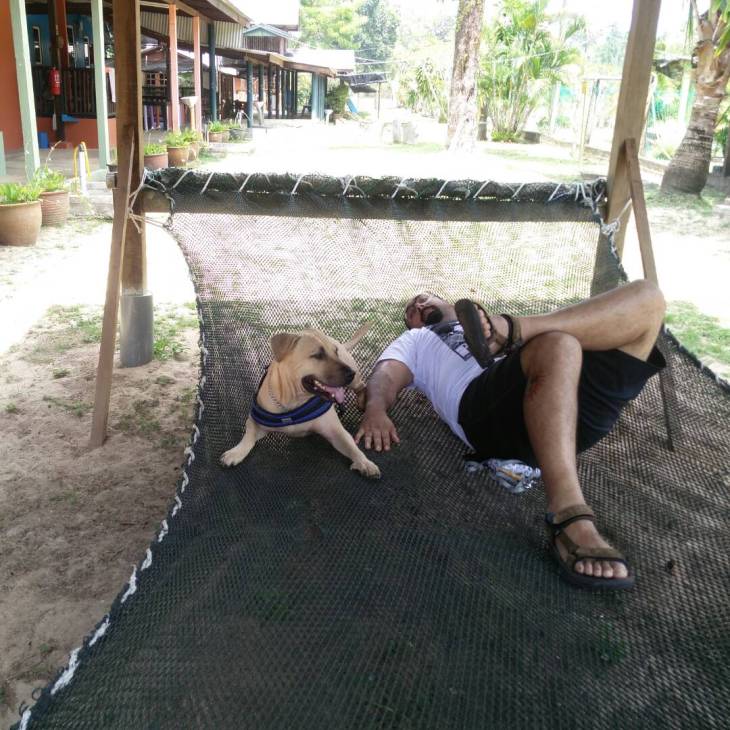 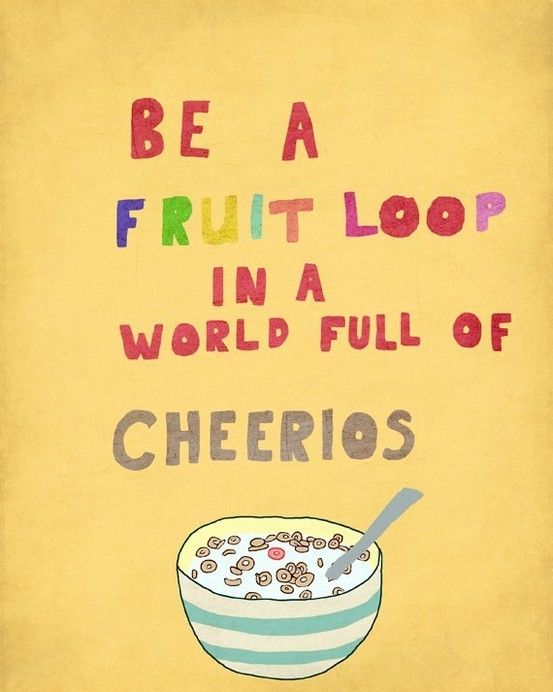 We finally got the teaching practicum report printed, collated and spiral bound, only for SrA to realize that two of her pages were swapped and out of order. Well, too bad. That’s exactly why I’d handed each one of them the report before it was bound. That time was spent staring at her own pictures and now she was in a fit. A and I tried to pacify her, suggesting she put page numbers to clarify. But before long the whole spiral binding had been ripped out.

A and I agreed; had it been either of us, we’d have submitted the report as is and dealt with the consequences later on. But somehow, because it was SrA, the value of our time was immaterial. It frustrates me more than while printing itself she took twice the time as the other two, and claimed some of her reports had ‘disappeared’ although she’d put them in. Whacky-O!

GardenMan, his senior and I have been working on submitting a policy proposal for an upcoming competition at IIMB. So after all the drama of submissions, I read up about the case and worked with GardenMan while Senior joined us. We spent a lot of time traveling between one workspace and another: no access, no charger, whatnot.

When we finally got discussing, I realized that public policy, especially the tender and bidding process was something I knew very little about. It also became evident that a lot of work in India is wrapped in so many litigations that the good ones chose to stay away from it while the bad ones make all their money. What also got me thinking was how we’d picked sides with a company in the case, purely because we knew it and had heard about it, while the other two was very new. Branding and marketing definitely plays into our psyche.

Plans on the fly

As we were driving back, Gardenman and me at our usual cynical best, he told me about a play that he was planning on attending in the evening. Societal Woes, st Jagriti Theatre. Both the location and the topic were close to home, and I agreed to join him.

He willingly invited me along and then told me something that sent a chill down my spine. ‘I was tired of being social all week. I wanted to put on my black sweater and black jeans, and be invisible for the night’, he said.

How often have you felt the need to disappear? To feel like you dint exist anymore? Wouldn’t it be powerful if we all had an invisibility cloak? We could walk into and out of situations, unnoticed. We could read, learn, explore, and grow, all while going unnoticed. We wouldn’t have to put on this mask that we all draw over our true selfs every morning. We could cry when we wanted, yell and scream when we pleased, and not worry about what the others would take out of it.

Restaurant with the perfect garden

The evening began with a great dinner at The Fat Chef. I love this place for its ambience, the garden at the back. There’s always a dejavu of walking in with H the very first time and being thrilled at the garden. The food was good too. I let myself fall off the diet and enjoyed an all American dinner. Funny how all I craved when I was in the USA was for good old parotta and egg curry. 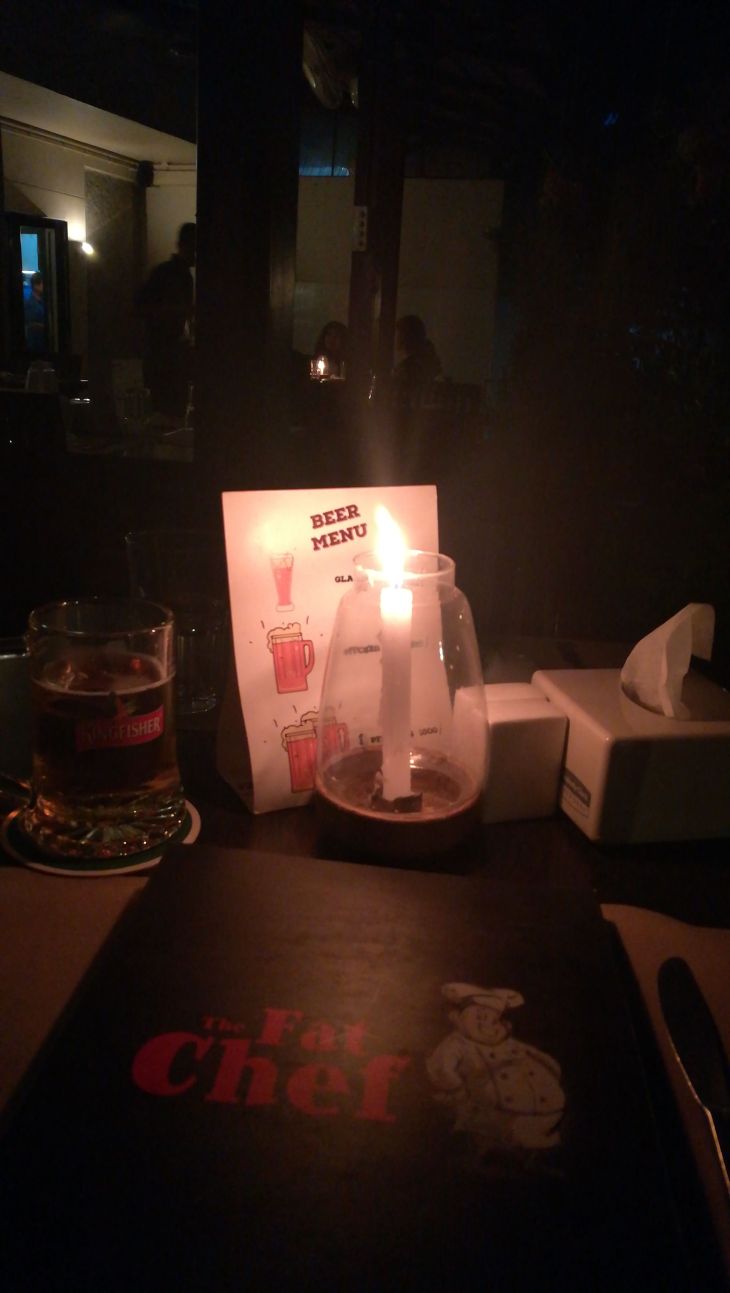 I was watching a play after ages and the feeling of sitting amidst the actors, with the scenes unfolding around us, was exciting. All the characters were very relatable, right from the Kasi mama and NRI Rahul, to the skimpily clad Roshni. The story took an unexpected twist from the mirth and banter to suicide and societal pressures, and the entire audience drew silent after the concluding soliloquy.

An amazing performance by the actors, and to think that most of them were senior citizens, well into their 60s, was very inspirational.

I’ve always had a pessimistic view of Whitefield, because of the manic IT crowd, the ever-changing migratory population and their lack of regard for what the city originally stood for. Thanks to GardenMan, I saw a certain side to Whitefield that I did not know existed.

We drove by the twin lanes, Inner circle and Outer circle, encompassing this huge garden at the center. We drove my the oldest villa in the locality, a 150 year old house; Paul uncle is a sweetheart and he lives with his mother, he said. We drove by modern, posh houses, complete with their security cameras and their neighborhood watches.

Seemed like the place Whitefield Rising would rise from.

“After all your shenanigans of the day, all I get is a single carrot to munch on? Unfair.

They should make a play called Doggie’s Woes and I will lead the cast.” Scotch